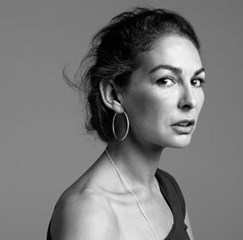 Often cited as “the make-up artist’s make-up artist”, Lisa Butler has been a prominent leader in the field of sophisticated fashion make-up for over three decades. A highly versatile practitioner with a seemingly inexhaustible visual range, she is equally fêted for the soft and iridescent “no make-up make-up” she creates for fashion shows by 3.1 Philip Lim or Herve Leger as the radical stencilled faces she created for the landmark fall/winter 2008 cover shoot for Self Service.

Butler is responsible for many of the most influential looks in advertising campaigns for luxury brands, including Saint Laurent, Chloë, Lanvin, Loewe, Miu Miu, Isabel Marant and H&M, for whom she has also been collaborating on fashion films recently. Her prodigious editorial work is also published in all of the finest international fashion publications, such as Paris Vogue, American Vogue, Italian Vogue, British Vogue, China Vogue and Japanese Vogue, W, Self Service, V, & i-D.