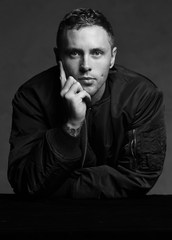 Edward was born and raised in Nashville, Tennessee where he started training as a hairstylist. Once he completed beauty school, Edward moved to New York City to begin work at the Bumble and Bumble Hair Salon.

After jump starting his career in New York City, Edward moved to London in 2015 where he expanded his editorial experience with European clients. Edward is now a familiar and popular face within the fashion industry worldwide and is back in New York for the time being.

His work can be seen in publications such as US Vogue, Teen Vogue, China Vogue, Interview, W Magazine, and Dazed and Confused. His commercial clients include H+M, Nike, Barneys, and Saks.